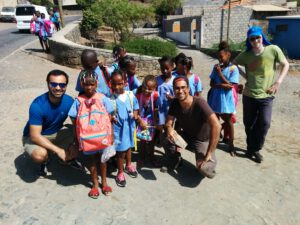 Cape Verde, a group of small islands off the coast of Africa. They form part of the most western point of Africa. Now, when thinking of Cape Verde, many people think of beaches, and sunshine year round, which has its reasons.

Cape Verde doesn’t have many natural resources, so its economy has a strong focus on foreign investment and providing services and tourism, which is easy to sell due to its incredible landscape.

But there is much more to Cape Verde. The country gained independence from Portugal in 1975 and it has been one of the most stable representative democracies and one of the most developed countries in Africa.

Despite its development, Cape Verde is facing connectivity issues, particularly in remote areas. Additionally, connectivity is not accessible for everyone due to the data plan costs. This partially negatively affects one of their main sources of income – tourism but most importantly, it has negative effects on the community itself. 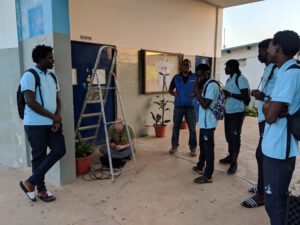 However, connecting unconnected areas comes with many challenges. Most existing network solutions fail or simply can’t be implemented because they are too expensive or don’t take local conditions into consideration. From lacking specialist IT-knowledge to geographical disparities, or problems with the general power supply, our WiBACK technology was specially designed to meet these requirements.

Which is why it was the perfect technology for the Sustainable Villages for Development (SV4D) initiative. The Fraunhofer Portugal Research Centre for Assistive Information and Communication Solutions (AICOS) together with Association of Communications and Telecommunications Regulators of the Community of Portuguese Speaking Countries (ARCTEL) worked on the SV4D initiative in various Portuguese-speaking countries, including Cape Verde.

The goal of the SV4D initiative is to enhance the standard of living of people in remote areas through unrestricted access to telecommunications infrastructure, connectivity and other services, hence DeFuTech had to participate by providing their technology that connects the unconnected.

And it worked. The WiBACK technology was implemented in Cape Verde in 2018 and it has had huge impact on the community.

Carlos Correia, IT technician at the Ribeira Grande de Santiago City Council, helped set up the WiBack network and is one of the responsible people in maintaining it. He has firsthand experience working the communities. 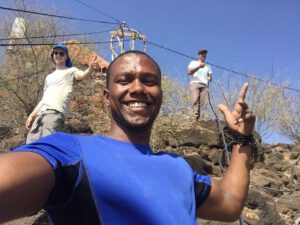 He says that “the impact of WiBack was almost immediate”.

The dropout rate in schools decreased drastically. The students wanted to stay in school, even after hours. They are checking social media or read about the latest gossip from the world of the rich and famous of course. However, the students mainly use the internet to do extra research for their schoolwork. As Carlos told us “Access to google and Wikipedia gives the answers to almost everything, and the students are all about it.”

This shows how important connected the unconnected really is. Not only the students but the wider community now has access to the internet. And while being able to browse social media or google whatever we are unsure about may seem like a distraction of our time, in an adequate amount it really can be a way to be part of a global community, to find out what is happening beyond the spheres of your own community. It can be a way to learn and grow and most importantly, it can provide opportunities. 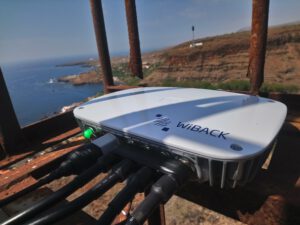 Do you want to be part of the story? Get in touch